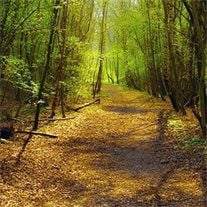 Walter Rolla Bone of Bismarck, Missouri passed away March 30, 2015 at the age of 72 years. He was born on July 17, 1942, the son of the late Hugh and Della (Stricklan) Bone. On May 18, 1963 he was united in marriage to Carolyn (Womble) Bone who survives. Walter is also survived by three sons; Kennith and wife Tracy, Steve and wife Dawn, and James and wife Trina of Bismarck, Missouri; one daughter, Velva Lewis and fiancé Mike of Bonne Terre, Missouri; one brother Alfred and wife Glenda of Middlebrook, Missouri; four sisters, Linda and husband David Pennington of Middlebrook, Missouri; Glee Schwartz of Fenton, Missouri; Reba and husband Kenny Swaringim of Licking, Missouri; and Lettie Montgomery of Pocahontas, Arkansas; nine grandchildren, and one great grandchild. In addition to his parents, Walter is preceded in death by one son, Walter Leland Bone; and five brothers Edward Bone, Hugh Bone, Charlie Bone, Richard Bone and James Bone; Walter was a member of Laborers Local 916 for many years.

The family of Walter R Bone created this Life Tributes page to make it easy to share your memories.

Send flowers to the Bone family.