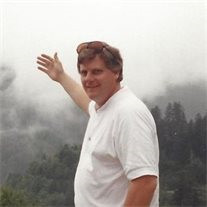 Richard Lee Powers of Imperial, Missouri passed away May 4, 2017 in St. Louis, Missouri at the age of 63 years. He was born April 15, 1954 in St. Louis, Missouri the son of the late Elmer Ray Powers and Clydia (Shriver) Powers of Lesterville, Missouri. On July 23, 1994 he was united in marriage to Mary Catherine Jablonski who survives and resides in Imperial, Missouri. Also surviving are his children; Jennifer Tucker and husband, Jeff of St. Louis, Missouri, and Steven Powers also of St. Louis, Missouri, his brother, Ken Powers and partner, Rob Endicott of St. Louis, Missouri, three grandchildren; Andrew, Noah, and Mason Tucker of St. Louis, as well as a host of other relatives and many, many friends. Richard was a proud graduate of Roosevelt High School in St. Louis, a member of the class of 1972. He had a varied business career, working for General American Life Insurance Company, a railroad engineer for Missouri Pacific, and a project estimator for the Trane Corporation. He was a kind man, a friend to many, with a marvelous sense of humor. He loved to laugh and had a remarkable ability for storytelling. His friendships lasted a lifetime. He loved music, sports, history, genealogy, playing darts and spending time with his friends. Above all he loved his family dearly and liked nothing better than family gatherings.

The family of Richard L. Powers created this Life Tributes page to make it easy to share your memories.

Richard Lee Powers of Imperial, Missouri passed away May 4, 2017...

Send flowers to the Powers family.