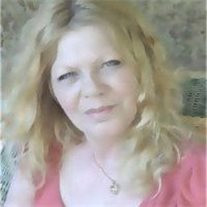 Patti-Jo Browers of Ironton passed away December 27, 2012 at her residence at the age of 55 years. Patti was born July 22, 1957, a daughter of the late Charles August and Violet Jenett (Gaston) Crawford. Patti is survived by two children; Benjamin... View Obituary & Service Information

The family of Patti Jo Crawford- Browers created this Life Tributes page to make it easy to share your memories.