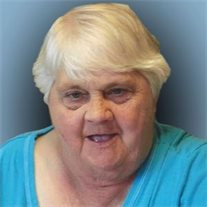 Myrtle Louise Williams, known to most as "Lucy" passed away May 13, 2016 in Fredericktown, Missouri at the age of 74 years. She was born January 1, 1942 in Hogan, Missouri the daughter of the late Richard and Elva (Persons) Casteel. On December... View Obituary & Service Information

The family of Myrtle Lucy Williams created this Life Tributes page to make it easy to share your memories.

Myrtle Louise Williams, known to most as &quot;Lucy&quot; passed away May...

Send flowers to the Williams family.