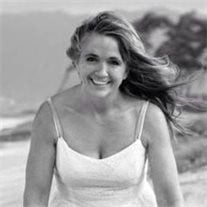 Melissa Kay (Inman) Whited, known to most as "Missy" passed away June 10, 2015 at Barnes Jewish Hospital in Saint Louis, Missouri at the age of 46 years. She was born in Ironton, Missouri on June 24, 1968, the daughter of Jake and Brenda Inman... View Obituary & Service Information

The family of Melissa Whited created this Life Tributes page to make it easy to share your memories.

Melissa Kay (Inman) Whited, known to most as &quot;Missy&quot; passed away...

Send flowers to the Whited family.