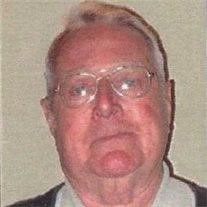 John Russell Pollock, known to most as Jack, passed away June 1, 2017 at the age of 89 years, 8 months and 24 days. He was born September 8, 1927 in Ironton, Missouri, son to the late John and Zella (Russell) Pollock. On September 18, 1954, he was united in marriage to Elizabeth Bernice Miller who preceded him in death on February 22, 2005. To this union four children were born: Jan Tripp and husband Perry of Denver, North Carolina, Tim Pollock and wife Caron of Ballwin, Missouri, Dan Pollock (who preceded him in death) and wife Kathie of Park Hills, Missouri and Julie Wilson of Golden, Colorado. Jack is also survived by sisters Emmy Capelli of Saint Louis, Missouri, Ruth Rogel of Pennsylvania and Susie Amstutz of California; fourteen grandchildren, eighteen great grandchildren with two more on the way as well as a host of nieces, nephews, other relatives and many friends. In addition to his wife Bernice and his son Dan, he is preceded in death by his brother Robert Pollock and sisters Helen Still and Nancy Knapczyk. Jack served his country in the United States Army in Tokyo, Japan in the late 1940's. After his honorable discharge from the Army, Jack first worked for Pepsi-Cola in Saint Louis. He later returned to Arcadia Valley and operated a Conoco Station in Ironton before working as an electrician for Brown Shoe Company and retiring from Asarco in Glover.

The family of John "Jack" Pollock created this Life Tributes page to make it easy to share your memories.

John Russell Pollock, known to most as Jack, passed away June...

Send flowers to the Pollock family.