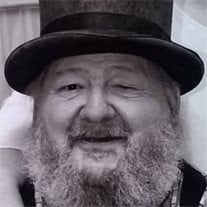 Jerry Turner of Pilot Knob, Missouri passed away in his home on August 28, 2015 at the age of 66 years. He was born on March 21, 1949, the son of the late James and Mildred (Shelton) Turner. On January 6, 1974 he was united in marriage to Carla (Jones) Turner who survives. To this union five children were born: Corby and wife Betsy Turner of Arcadia, Missouri; John and wife Candice Turner of Arcadia, Missouri; Kim and husband Max Randolph of Arcadia, Missouri; Mandi and husband Eric Goodman of Ironton, Missouri and Julie Turner of Ironton, Missouri. Jerry is also survived by his grandchildren who were the light of his life; Christopher, Abbi, Kara, Kaylee, Lucas, Bella, Susan, Libby, Jacob, and Caysee-Lin. Also surviving are three brothers; Leroy Burns of Farmington, Missouri, Leo Burns of Mineola, Texas, and Charles Turner of Arcadia, Missouri, two sisters; Brenda Turner of Arcadia, Missouri and Karen Reagan of Arcadia, Missouri as well as a host of nieces, nephews, other relatives, many friends and fellow junk enthusiasts. Jerry was preceded in death by his parents, James and Mildred Turner, six brothers; Jim Turner, Jack Kumming, Leo Turner, Roy Turner, Glen Green, and Eugene Green, and three sisters; Geneva Trask, Helen Shealy, and Marie Jurczyk. Jerry attended the Bethany Baptist Church. He was a member of the Iron and Reynolds County Historical Societies. Jerry owned and operated the World Headquarters of Plunder Palace for just over 24 years. He was a junk enthusiast, loved meeting all of the people who came through his store, and was always a joy to be around.

The family of Jerry Turner created this Life Tributes page to make it easy to share your memories.

Jerry Turner of Pilot Knob, Missouri passed away in his home...

Send flowers to the Turner family.