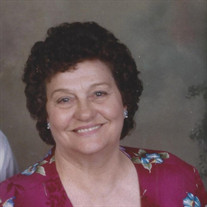 PLEASE NOTE CHANGES TO DATE OF VISITATION AND FUNERAL Helen Bernice (Mathes) Keith Latham formerly of Boss, Missouri passed away January 29, 2022 in Farmington, Missouri at the age of 86 years. She was born June 22, 1935 in Black, Missouri the daughter of the late Vernie “Raymond” and Nora Eva (Barton) Mathes. On September 30, 1953 Helen was united in marriage to Cleo “Dick” Keith who preceded her in death on February 2, 2004. To this union three children were born: Cindy Chandler of Louisville, Kentucky, Stephen Keith of Castle Rock, Colorado, and Mark Keith who preceded her in death. Helen later married William R. “Bill” Latham and he also preceded her in death on February 24, 2015. Helen gained three bonus children with this marriage: Jeff Latham (Landra) of Jackson, Missouri, Jennifer Sherrill (Bob) of Springfield, Missouri, and Cindy Jones (Tom) of Farmington, Missouri. Helen is survived by her sister: Arbadella Keith of Farmington, Missouri, and three brothers: Vernon Mathes (Delphia) of Salem, Missouri, Elder Garry Mathes (Reva) of Boss, Missouri, and Windel Mathes (Delores) of Bismarck, Missouri, five grandchildren: Amanda Amsden, Ashton Chandler, Peyton Chandler, Weston, Julia Keith, and Trevor Keith, two great grandchildren: Beckam and Carter, her sister-in-law: Linda Civey of Caledonia, Missouri, as well as a host of nieces, nephews, other relatives and friends. In addition to her parents, husbands, and son, Helen was preceded in death by her sister, Alma Miller and her brother, Ronnie Mathes and two bonus children, Sheila (Latham) Pierce and Bill Latham. Helen was a long-time member of the Locust Grove United Baptist Church. She loved to sing in church both as a soloist and as part of the choir. She was a past member of the Order of the Eastern Star. She enjoyed gardening, painting, and Bluegrass music. Funeral services will be held on Monday, February 7, 2022, at 12:00 p.m. at the Locust Grove United Baptist Church in Black, Missouri, with Elder Denny Mathes and Elder Garry Mathes officiating. Visitation will begin at 10:00 a.m. prior to the service at the church. Interment will be in Keith Cemetery. Memorials may be made to the Keith Cemetery Association or the Locust Grove United Baptist Church.

PLEASE NOTE CHANGES TO DATE OF VISITATION AND FUNERAL Helen Bernice (Mathes) Keith Latham formerly of Boss, Missouri passed away January 29, 2022 in Farmington, Missouri at the age of 86 years. She was born June 22, 1935 in Black, Missouri... View Obituary & Service Information

The family of Helen Keith Latham created this Life Tributes page to make it easy to share your memories.

PLEASE NOTE CHANGES TO DATE OF VISITATION AND FUNERAL

Send flowers to the Latham family.