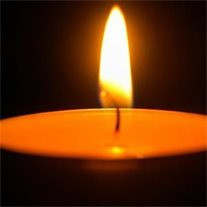 H. Edward Grotjan – Entered into rest, after his battle with Glioblastoma Multiforme (GBM), at Lake Saint Louis, Missouri, Tuesday, March 19, 2013. Ed was born July 31, 1947, in Moberly, Missouri. Ed was a well-respected and highly versatile scientist with expertise in biotechnology, physiology, biochemistry, genetics and business development concentrated in the areas of endocrinology, reproductive health, genetics and gastroenterology. Ed was a master communicator and presenter with an acute knowledge of medicine and an in-depth understanding of the medical field and its professionals. Ed earned his Bachelor of Science in Biochemistry in 1969 and his Master of Science in Physiology/Biochemistry in 1971, both from the University of Missouri-Columbia. He earned his Ph.D. in Physiology/Endocrinology in 1975 from the University of Kansas School of Medicine, Kansas City, Kansas. Ed was a member of several organizations including the following; Alpha Gamma Sigma Fraternity at the University of Missouri; American Society of Reproductive Medicine; European Society of Human Reproduction and Embryology; Association for the advancement of Science; American Association of Blood Banks; American Physiological Society; Clinical Ligand Assay Society; Endorcine Society;Sigma Xi; Society of Experimental Biology and Medicine; Society for the Study of Reproduction and several others. During his tenure, he received many award including six "Recognizing Excellence Awards" for outstanding individual achievement; "Top Performer Grant" for outstanding accomplishment during the 2010 annual Performance Management evaluation; the National Institutes of Health Senior Fellowship, 1997; Nominated for Burlington Northern Foundation Award (Outstanding University of South Dakota Faculty Member), 1985; National Institute of Health Research Service Award; 1975-1977; and National Institutes of Health Pre-doctoral Fellow, 1969-1975. Ed had a very successful career. Most recently he worked for Shire Pharmaceuticals, Inc. as a Senior Medical Science Liaison 2009-2012. Prior to Shire, he was the Associate Director of Medical Science Liaiasons, Endocrinology, with EMD Serono, Inc., 2003-2008; eneGene Genetic Services LLC, 1999-2002; University of Nebraska as a Professor, 1988-1999; Washington University School of Medicine as a Visiting Professor in 1997; University of South Dakota School of Medicine as an Associate Professor, 1983-1988; and the University of Texas Graduate School of Biomedical Sciences 1979-1983. Ed was very involved with the Lake Saint Louis Water Ski Club and having held office and served as a coach for "around the boat" for many years. His passion for water skiing was one of his most beloved activities and favorite past times. The Lake Saint Louis Water Ski Club awarded Ed a lifetime member award in Febraruy 2013. This award was one of his most cherished accomplishments. Ed was preceded in death by his father Harvey Grotjan and his sister Marsha Burton. He leaves his wife of fifteen years, Laura Lashley and their two children Anne Grotjan and Zoe Grotjan. He leaves his son Scott Grotjan of Carmel, IN and his daughter Allison Grotjan Smith of Columbus, OH. He leaves his four grandchildren Molly Grotjan, Sophie Grotjan, Collin Grotjan, and Emma Fisher. He is also survived by his mother, Juanita Grotjan, Keytesville, MO, his mother-in-law D. Darlene Lashley of Ironton, MO, his siblings Barbara Thurmon, Fayette, MO, Lisa Saladino, Lee's Summit, MO, and Lana Richards of Keytesville, MO, and a host of nieces and nephews. Ed was a member of Morning Star United Methodist Church in Dardenne Prairie, MO. A memorial service will be held on Friday, March 22, 2013 at 10:00 a.m. at Morning Star United Methodist Church at 1600 Feise Road, Dardenne Prairie, MO. Memorial contributions are requested to be made to a trust fund for his two minor children Anne and Zoe Grotjan. Those contributions may be directed to the H. Edward Grotjan Revocable Trust, Enterprise Bank & Trust, 300 St. Peters Centre Blvd., St. Peters, MO 63376, Attn: Linda McPherson. Arrangements were under the direction of Bryson Funeral Home.

The family of Mr. H. Edward Grotjan created this Life Tributes page to make it easy to share your memories.

H. Edward Grotjan – Entered into rest, after his battle with...

Send flowers to the Grotjan family.