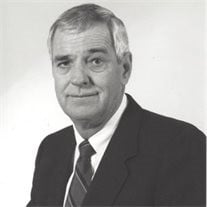 Frank G. Mack of Ironton, MO passed away October 16, 2014 at his residence at the age of 79 years. He was born August 2, 1935 in Iron Mountain, MO the son of John Clarence and Lee Nora (Biggs) Mack. On December 30, 1960 he was united in marriage to Mary Irene Kulongoski who survives. To this union four daughters were born; Mary Kathleen Mack of Bainbridge Island, WA, Elizabeth Maria Jauchler and husband John of Cheshire, CT, Anna Marie Mack of Housatonic, MA, and Jennifer Gail Mack of St. Louis, MO. Frank is also survived by his brother, Harry Mack and wife Cindy of East Alton, IL, four grandchildren; Caitlin, Leil, Stephen, and Matthew, and numerous nieces, nephews, other relatives and many friends. Frank was preceded in death by his sister, Lucille Hubbs, and four brothers; Matthew Mack, John Mack, Harold West and Howard West. Frank was a 1953 graduate of Ironton High School. He served his country in the United States Army with the famous 82nd Airborne Division as a Paratrooper. In 1960 he received his Bachelor of Science in Business Administration from Southeast Missouri State University. He then graduated from St. Louis University School of Law in 1967 with his Juris Doctorate degree. That began a long, distinguished law career. He served as the City Attorney for the cities of Arcadia, Pilot Knob and Potosi. He served as Iron County Prosecuting Attorney for two terms. In 1976 he became an Associate Circuit Judge for Iron County and served for 14 years in this office until he retired. He is Past President of the 42nd Judicial Circuit Bar Association. He is a former board member of the Missouri Association of Probate and Magistrate Judges and he also served as President and board member of the Law Enforcement Assistance Council, Region 7. Frank traveled to Washington D.C. to testify before a House sub-committee to assist in obtaining the funds to construct Council Bluffs Lake. After he retired, Frank continued to serve his community. He served as Chairman of the St. Francois County Democratic Committee and as local counsel for the Edgar Foundation. He is a former member of the Rotary Club. Frank was a member of Ste. Marie du Lac Catholic Church. He was also a member of Arcadia Valley Elks Lodge #2330 and American Legion Post #64. Memorials may be made to the charity of your choice.

The family of Frank G. Mack created this Life Tributes page to make it easy to share your memories.

Send flowers to the Mack family.