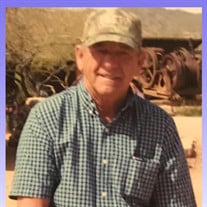 Donald Gottman of Ashland, Missouri and formerly of Iron Mountain Lake, passed away August 1, 2018 at Boone Hospital in Columbia, Missouri, he was 76 years old. Don was born October 7, 1941 in Millcreek, Missouri, the son of the late Lee Roy... View Obituary & Service Information

The family of Donald Gottman created this Life Tributes page to make it easy to share your memories.

Donald Gottman of Ashland, Missouri and formerly of Iron Mountain...

Send flowers to the Gottman family.