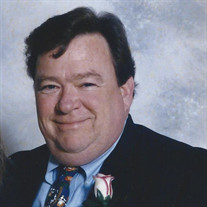 Dennis Malcolm Collins of Farmington, Missouri passed away on September 19, 2021, at the age of 69. He was born on October 25, 1951, to the late Albert John Collins and Roberta (Ringo) Collins Thompson. On August 18, 1977 he was united in marriage to Terri Lynn Armstrong who survives, to this union three children were born who also survive: Kristin Marler (Matthew) of Cuba, Missouri; Zachary Collins of Catawissa, Missouri; Shelby Lynn Collins of Chesterfield, Missouri; two brothers: Albert John (Kathy) Collins of Farmington, Missouri; Pete (Karen) Thompson of Belleville, Illinois; two sisters: Mary (Jim) Stricklin of Pilot Knob, Missouri; Sandy Thompson of Pilot Knob, Missouri; four grandchildren: Shelby Collins, Keegan Armstrong, Jackson Marler, Wyatt Marler, as well as a host of nieces, nephews, other relatives and many friends. In addition to his parents, Dennis was preceded in death by two brothers: Donnie Thompson, Douglas Thompson; three sisters: Diana Koenig, Ann Thomas, and Ellen Rogers. Dennis had a long career in the printing industry working as a Pressman. He started at a young age for Buxton and Skinner in St. Louis, Missouri. He later worked for John Stark Printing Company, and Color Art (Cenveo) both in St. Louis, Missouri. He retired from Graphic Packaging in Pacific, Missouri. He worked with several mentors and made wonderful friends over the years. Dennis proudly served his country in the United States Army National Guard. He was a member of Three Rivers Baptist Church, Missouri National Guard, Farmington Elks, and the National Rifle Association. Dennis enjoyed camping, boating, fishing, golfing, but mostly spending time with his grandkids. Graveside services will be held on Monday, September 27, 2021, at 1:00 P.M. at Nelson Cemetery with David Wright officiating. Visitation will be held prior to the service 11:30 A.M. to 12:30 P.M. from Bryson Funeral Home. Interment will be at Nelson Cemetery. Memorials may be made to The American Diabetes Association or The American Heart Association. Online condolences may be made to the family at www.brysonfuneralhome.com.

Dennis Malcolm Collins of Farmington, Missouri passed away on September 19, 2021, at the age of 69. He was born on October 25, 1951, to the late Albert John Collins and Roberta (Ringo) Collins Thompson. On August 18, 1977 he was united in... View Obituary & Service Information

The family of Dennis Malcolm Collins created this Life Tributes page to make it easy to share your memories.

Dennis Malcolm Collins of Farmington, Missouri passed away on...

Send flowers to the Collins family.