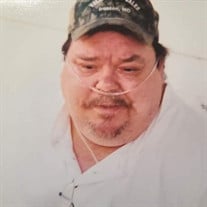 David Lee Moore, Sr. of Bismarck, Missouri passed away on August 5, 2021, at Barnes Jewish Hospital at the age of 63 years. He was born in St. Louis, Missouri on December 1, 1958, to the late Earnest and Alice (Haynes) Moore. On June 17, 2004, he was united in marriage to Shirley (Smith) Moore who survives. David is survived by eight children: Billy Ray ( Sosha) Faris of Middlebrook, Missouri; Nathasha Marie Moore of Iron Mountain, Missouri; Misty Dawn (Mac) Moore of Farmington, Missouri; David Lee Moore, Jr. of Iron Mountain, Missouri; Devin Moore of Iron Mountain, Missouri; Dillon Moore (Nicole) of Desloge, Missouri; Pamela Moore of Iron Mountain, Missouri, and Sara Dawn (Mike) Overstreet of Park Hills, Missouri. David is survived by two siblings; his brother, Billy Joe (Dee) Moore of Bismarck, Missouri, and his sister, Susan Swiney (Harold) of Middlebrook, Missouri; twelve grandchildren and one great-grandson; as well as a host of nieces, nephews, other relatives, and friends. In addition to his parents, David was preceded in death by his twin children, his twin brother, who died at birth, and two brothers: Charles Moore and Ernie Moore. David attended the Bismarck Church of God. He enjoyed playing basketball with his grandkids, fishing, playing pool, horseshoes. David was a huge music fan, but mostly, he was known as “the master of the grill.” Funeral services will be held on Tuesday, August 10, 2021 at 1:00 p.m. from the Bismarck Church of God with Pastor Bobby Adams officiating. Visitation will begin at 11:00 a.m. prior to the service. In lieu of flowers or donations, the family requests that you do an unsolicited random act of kindness in the memory of David.

The family of David Lee Moore Sr. created this Life Tributes page to make it easy to share your memories.

Send flowers to the Moore family.