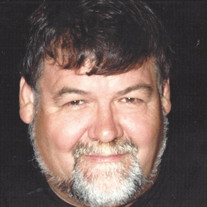 Daniel Joseph Lauer of Bismarck, MO passed away October 5, 2020 in Pilot Knob, Missouri at the age of sixty-eight years. He was born April 11, 1952 in Saint Louis, Missouri the son of the late Fred and Mary (Azar) Lauer. On December 23, 1971, he was united in marriage to his high school sweetheart, Dorothy Marie (Schupmann) Lauer who survives. They would have celebrated forty-nine years together this coming December. To this union three daughters were born: Kelly Murray and husband, Michael of Beaufort, Missouri; Angela Chong and husband, Brandon of Tallahassee, FL; and Wendy Jo Lauer of Farmington. Six grandchildren who knew Dan as either Grandpa or Pop are left to remember him; Alicia Jacquin (Tyler), Miranda Jo Murray, Kaley Murray, Harper Chong, Brady Chong and Joseph Lauer. Also surviving is his sister, Margie Rueweler and husband, John of Ironton, Missouri, his goddaughter, Christina Pogue, as well as a host of nieces, nephews, cousins, other relatives, and friends. He also leaves behind three special dogs: Fonzie, Ruby and Digger. Dan was a graduate of Buchanan High School in Troy, Missouri where he graduated with his high school sweetheart and wife. Dan was a Journeyman Electrician for Local #1 IBEW Union working at Drury Hotels, Southeast Missouri State University, and Anheuser-Busch. After his retirement, he did some electrical work for the Belleview School. He was a member of Ste Marie du Lac Catholic Church. Dan loved mowing lawns, eating breakfast at local cafés, and he was known for his bar-b-que. He was a drummer and played the bass guitar which contributed to his love of music. In his younger years he enjoyed drag racing. Most of all Dan liked to help people, especially his children and grandchildren. Memorials may be made to Arcadia Valley Food Pantry. All family members and guests are required to wear a mask or facial covering while inside the funeral home. Social distancing is also expected to keep family members and our staff safe. Seating capacity has been reduced to accommodate social distancing. Thank you for your cooperation and understanding.

Daniel Joseph Lauer of Bismarck, MO passed away October 5, 2020 in Pilot Knob, Missouri at the age of sixty-eight years. He was born April 11, 1952 in Saint Louis, Missouri the son of the late Fred and Mary (Azar) Lauer. On December 23,... View Obituary & Service Information

The family of Daniel Joseph Lauer created this Life Tributes page to make it easy to share your memories.

Send flowers to the Lauer family.