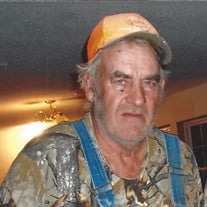 Charles Everett Warren, known to most as “Bud”, passed away at his residence on January 16, 2019 at the age of 76 years. He was born March 28, 1942 in Chloride, Missouri the son of the late Charles William and Rosetta (Womack) Warren. On June 2, 1962 he was united in marriage to Donna Maye Brewer who survives. To this union five children were born; Charles “Lenny” Warren, Archie Warren and wife, Sarah, Richard and wife Angie, and Paul and wife, Pamela all of Annapolis, Missouri. He was preceded in death by his daughter, Amy Deonna Warren. Bud is survived by four sisters; Juanita McDowell of Richland, Missouri, Margaret Orrick of Fredericktown, Missouri, Kathy Birkhead of Raymondville, Missouri, and Dorothy Sutton of Arkansas, his brother-in-law, Kent Miller of Dixon, Missouri, eleven grandchildren, nine great grandchildren (with one more on the way), and three great great grandchildren as well as a host of nieces, nephews, other relatives and friends. In addition to his parents and daughter, Bud was also preceded in death by his daughter-in-law, Carolyn Warren, two sisters; Edna Mae Miller and Wilma Littrell, and three brothers; Edgar “Buckshot” Warren, Walter Warren and Truman Warren.

The family of Charles "Bud" Warren created this Life Tributes page to make it easy to share your memories.

Charles Everett Warren, known to most as “Bud”, passed away at...

Send flowers to the Warren family.