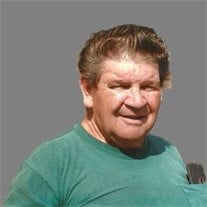 Brenton Dale Inman, known to most as "Abe", passed away January 6, 2018 at the age of 71 years. He was born August 28, 1946 in Ironton, Missouri the son of the late Gilbert and Beulah (Browers) Inman. Abe is survived by two children; Donald... View Obituary & Service Information

The family of Brenton "Abe" Inman created this Life Tributes page to make it easy to share your memories.

Brenton Dale Inman, known to most as &quot;Abe&quot;, passed away January...

Send flowers to the Inman family.