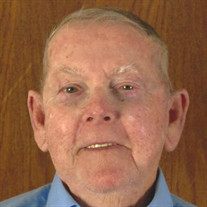 Beauford D. Jones of Ironton, Missouri passed away on November 30, 2021, at the age of 83 years. He was born on June 24, 1938, in St. Louis, Missouri to the late Omer and Alice Bernice “Peachie” (Smith) Jones. On October 9, 1987, he was united in marriage to Norma (Warren) Jones who survives. Beauford is also survived by his children: Jeffery Paul Jones of St. Louis, Missouri; Jennifer Gayle Jones of Fredericktown, Missouri; Sherri (Karl) Snider of Arcadia, Missouri; Alan (Michelle) Spitzmiller of Ironton, Missouri; and John (Ginger) Spitzmiller of Madison, Alabama. In addition to his children, two brothers survive: Charles Jones of Detroit, Michigan, and Allen Jones of Little Rock, Arkansas; his sister, Linda Kay Lowe of Hot Springs, Arkansas; son-in-law, Harold Warren of Ironton, Missouri, ten grandchildren, four great-grandchildren as well as a host of nieces, nephews, other relatives and many, many friends. In addition to his parents, Beauford was preceded in death by his daughter, Terri Warren; his brother, Danny Jones; his sister, Nancy Bryant; and two grandsons; Joseph D. Jones and David Wayne Tucker. Beauford was a member of Happy Zion General Baptist Church in Annapolis and he attended First Baptist Church in Ironton with his wife, Norma. Beauford began his career as a butcher in 1959 working for IGA in Annapolis. Later, he was employed by Ward’s and Town and Country Supermarkets continuing as a butcher in the meat department. Beauford was lifetime member of the NRA, and a long-time contributor to the John Wayne Museum in Winterset, Iowa. He enjoyed hunting, fishing, and bartering. He was a gifted “Horse trader”. He will be greatly missed by all who knew and loved him. Funeral services will be held on Saturday, December 4, 2021, at 12:00 P.M. from Bryson Funeral Home with Rev. Gerald Collier and Rev. Keith Huffman officiating. Visitation will begin prior to the service at 10:00 A.M. Interment will be in the Baptist Home Cemetery. Memorials may be made to The Baptist Home.

The family of Beauford D. Jones created this Life Tributes page to make it easy to share your memories.

Beauford D. Jones of Ironton, Missouri passed away on November...